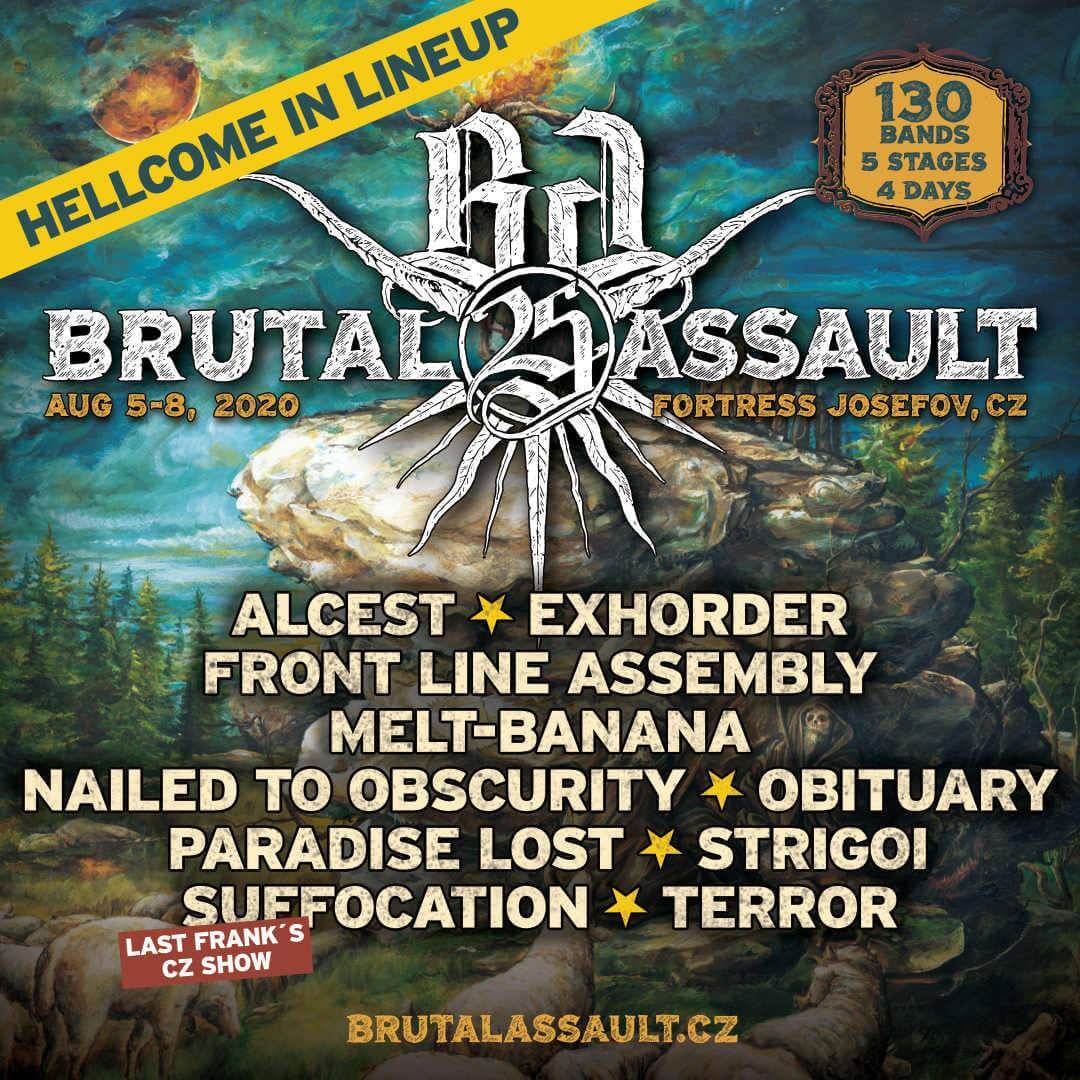 Does Christmas time terrorize you with all the omni-present carols? How about we add some real TERROR?! Yep, one of the heaviest and most popular bands on the scene shall return to the crime scene where they shot the „Spirit of Sacrifice“ video two years ago. Another band that knows a lot about the spirit of sacrifice but this time for death metal is one of the most influential bands of the genre. Let’s see what is gonna be your cause of death after OBITUARY are done with you!
Call it blackgaze, shoegaze or post-something, but only ALCEST can conjure up the soul-grabbing atmospheres that you can find on their latest output Spiritual Instinct. Another band to cover our fortress in its unique sound will be FRONT LINE ASSEMBLY, one of the most important EBM acts that has also helped to set direction for the electro-industrial scene. The next act on the list also likes to indulge in the use of electronics, but its experimental sound stems from noise rock and grind. That being said, you easily cannot put any genre label on them. And when we reveal they come from Japan and also utilize weirdo vocals you’ll be able to make the connection that we are probably talking about MELT-BANANA!
At Brutal Assault we can’t ever have enough death metal, especially when certain Frank Mullen is behind the microphone. And especially when he shall be fronting the show for the last time. Yep, the crème de la crème of US death metal SUFFOCATION shall rip BA apart with Frank for the last time in 2020! It is said that our next band inspired the sound of Pantera by the dawn of 90s, however then they didn’t release anything for 27 years. Until this year. And they’re back in a great shape, so we are sure EXHORDER and their new album “Mourn the Southern Skies” will make an impact next summer.
Now let’s get some atmosphere back into the mix. NAILED TO OBSCURITY make the death/doom wheels turn with their strong melancholic melodies while Greg Mackintosh connects the next two bands. PARADISE LOST keep the flame of English gothic doom alive and on top of that Greg’s morbid alter-ego STRIGOI takes over the reins of his black-ish graveyard old school death/crust/grind output after the demise of Vallenfyre.