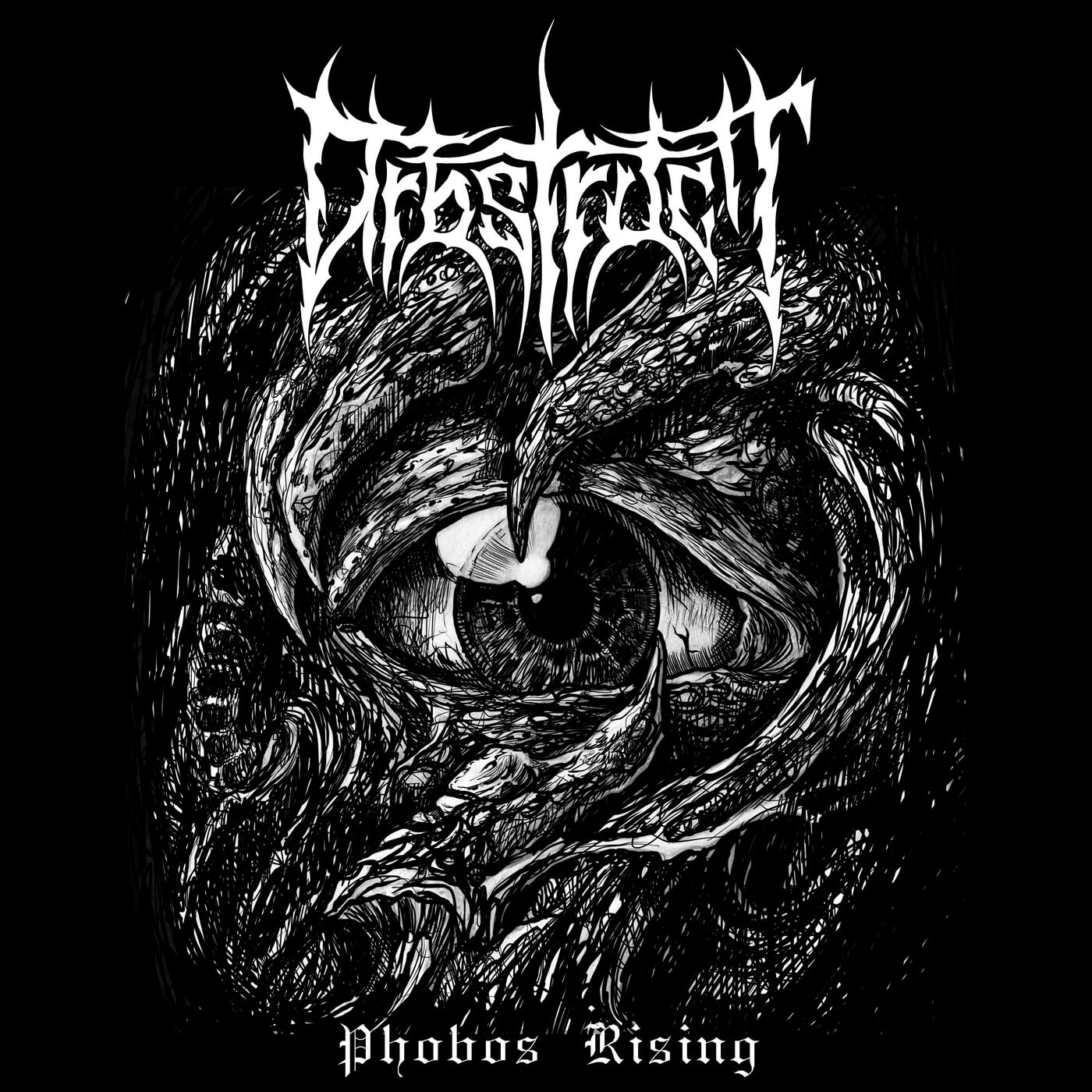 The main ideological inspirers for Goreon and Vladimir for the whole time of writing and recording ‘Phobos Rising’ were mostly Swedish death metal bands: in the approach to both writing arrangements and creating their own sound.

There is also a noticeable influence of the American school of death metal, which slightly removed from the foreground the desire to focus on the melodic component of the compositions and put along with this aspiration powerful, drawn-in riffs built on a moderate amount of low notes, aimed at introducing the listener to the maximum resonance with the music and not letting him fall asleep, alternating between melodic passages and energetic, muffled tremolo.

The geographical location of the musicians’ hometown also influenced, namely the target audience of listeners on the Ukrainian underground scene and prevailing over the rest of the musical genres – Black Metal. For the last two decades Kharkiv has been known around the world as the capital of Ukrainian Black Metal, which also had an effect on music of Orbstruct.

Musicians of the band took part in many Kharkiv black metal projects, some of which are known far beyond Ukraine, such as:

The album ‘Phobos Rising’ was recorded and mixed at the Kharkiv recording studio ViTeR Music – the studio, where practically all masterpieces of DRUDKH, mastodons of the Ukrainian black metal scene, were recorded. As well as many other projects of members of this band, such as Rattenfänger, Windswept, Old Silver Key, Blood Of Kingu.

The main feature of the ‘Phobos Rising’ recording on ViterMusic Studio is that sound shaping and all the features of the compositions was held with the assistance and control of the very people who were directly involved in the recording and mixing of the above listed albums, namely Vlad and Krechet, who are the main driving force of ViterMusic Studio – its soul, heart and brain in the face of two talented musicians and sound engineers.

About the main theme and mood of the album:

The main ideological component is inspired by the idea of agnosticism, atheism and self-improvement, self-development.

Purely from a human, material point of view – through the recognition of the inevitability of negative consequences from their actions or the events of the surrounding World, after which finding a way out of a difficult situation and turning negative circumstances into the own good. Such a trait of human nature is, on the one hand, the way to overcomeown fears and uncertainties about the future, but on the other hand it’s self-deception and a desire to imagine that nothing bad is happening.

From a spiritual point of view, the recognition of the main statements of agnosticism in relation to religion and higher powers. And also an atheistic view of the very participation of these powers in a person’s life, an indifferent or negative attitude towards this affirmation; recognition of a person as a thinking being, the first and only source of vitality and energy, and the sole master of his past, present and future.

At the time of the release of the debut album called ‘Phobos Rising’, the musicians are already working on the second studio longplay. The beginning of the studio recording is scheduled for the end of the year.