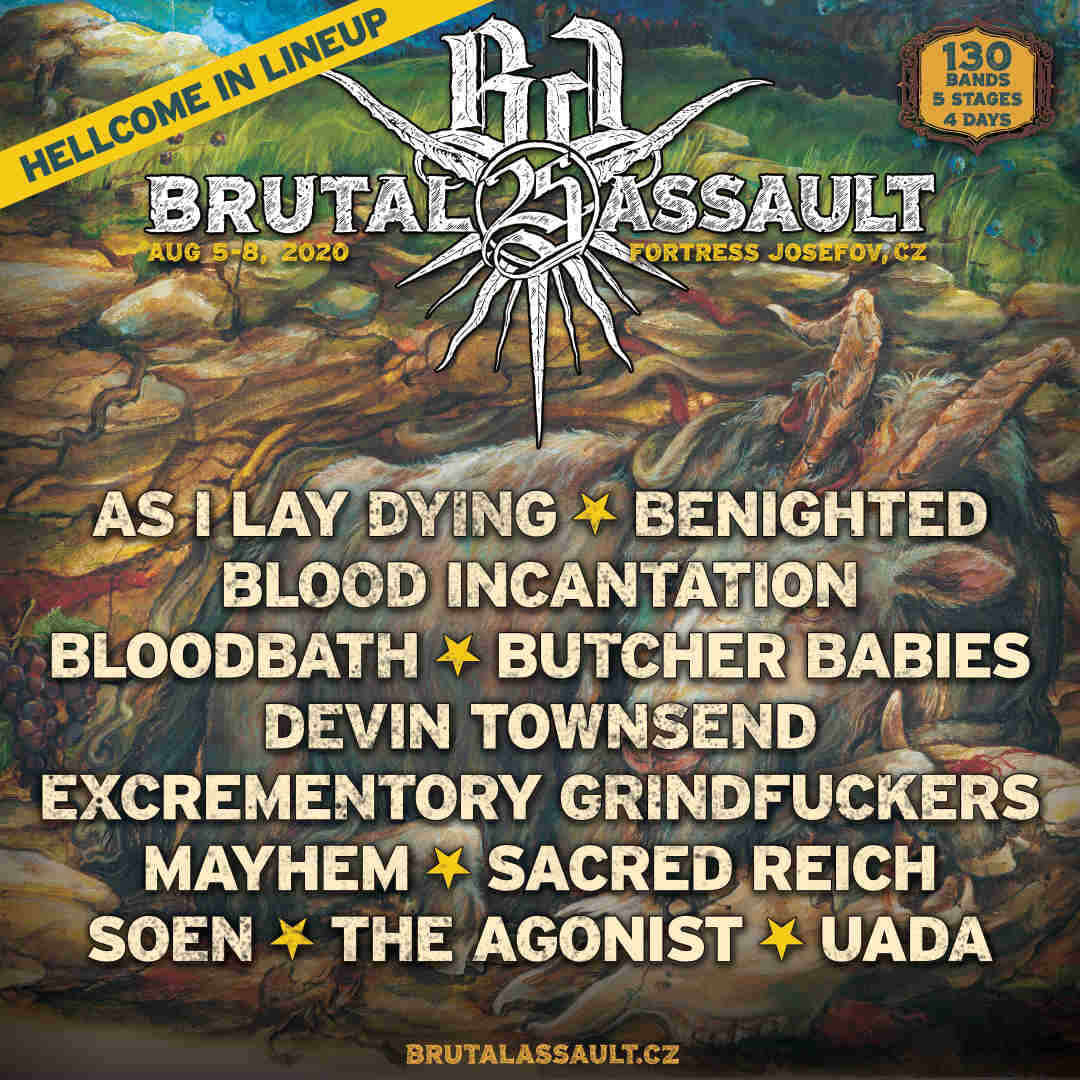 Since it’s December, we thought that you all would appreciate some early Christmas gift. So we have these 12 bands for you.

The first to be announced are the uncrowned kings of metalcore AS I LAY DYING! Their return to the scene with the original line-up was a big story and so is their new album „Shaped by Fire”. THE AGONIST from Canada speak a similar musical language. Expect modern way of blending metal/hardcore, powerful melodies, technical prowess and the charm of Vicky Psarakis up front, all that based on a thrash foundation. Their new album „Orphans” has just been successfully tested on an ongoing tour with Jinjer so you can be sure you’ll be getting a piece of that hot stuff as well. The next band also features women who play no games, BUTCHER BABIES may look cute, but when they’re done with you, you can bet that the scars and bruises will hurt for a good long while.

The speeding French bunch BENIGHTED will forge the steel of our stage with their intelligent death/grind hurricane until it’s red hot and dripping. EXCREMENTORY GRINDFUCKERS will also build their set on grind, bet their show is dedicated to having a good time and we are sure you will utilize this opportunity to make it helluva party! Now deeper into the dark death metal waters. You can look forward for a lot of atmosphere and unconventional structures that BLOOD INCANTATION bring to the table alongside progressive and dark riffs echoing from space. UADA represent US Pacific coast black metal based on melodies and sharp epic riffs in a form, that is rather rare in Europe. The progressivists SOEN were founded by the drummed Martin Lopez after leaving Opeth. The band has developed beyond their original Tool influence and now represents a very original musical undertaking. And now a bit of trash! We saw SACRED REICH trashing BA the last year but they didn’t have the new album „Awakening” out yet and we think that this recording is a good reason for their immediate return!

The following artists are also no strangers to our festival but all of them will bring something new and spicy. From Stockholm, Sweden but with the voice of Nick Holmes (Paradise Lost), the rattling sound of Swedish death metal will come in the form of BLOODBATH. Always a pleasure! Next a man of many faces, a musical chameleon and an exceptional musician from Vancouver, Canada – DEVIN TOWNSEND – this time validating his madman status not only with the new „Empath“ album but this time his band should have a more metal outlook and looks like we can also look forward for some STRAPPING YOUNG LAD songs! The last band is the epitome of Norwegian black metal. Come to inhale the real essence of death brought forward by the Daemons of MAYHEM!