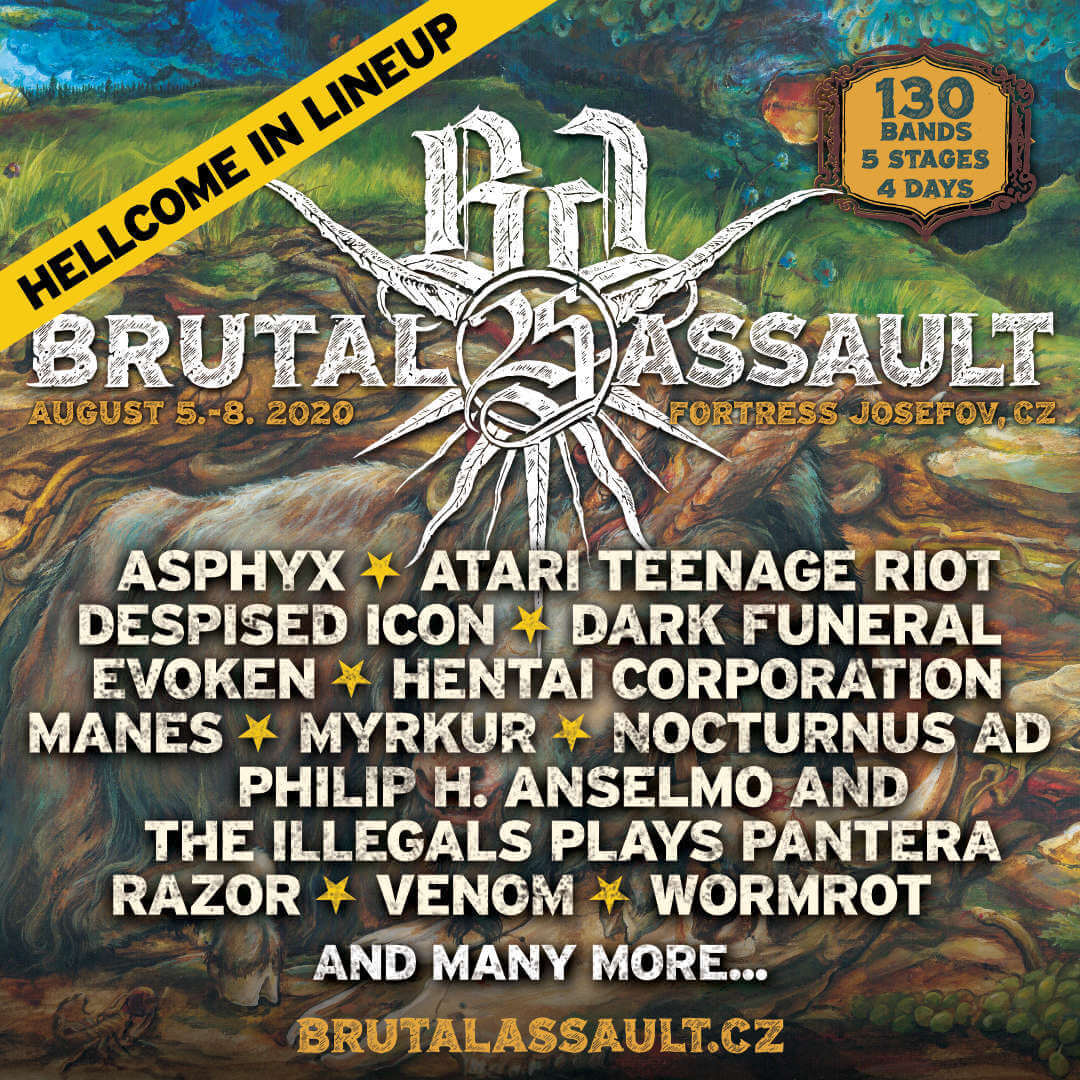 Before we will indulge in our favourite thing to do, that is announcing bands for our 25th anniversary, first let’s get to some technical stuff many of you have been asking about since the first day after the fest. In the upcoming couple days we are going to update the eshop with most of the festival optional services like stands, VIP camps, parking, hotel packages etc. Watch out or follow our social media!
And now the thing we are all looking for the most! Just before we reveal the freshly confirmed bands, let’s recap those you already know about from the festival guide.

The metal diva MYRKUR had to cancel her appearance this year due to her pregnancy and her show was cut short by the fire fighters’ intervention the year before. Next year will be the year, when you will finally be able to enjoy her show to the full! The true Norwegian avant-garde masters MANES also had to cancel due to health issues last year and we can confirm, that they will present you their vision of rock, electronic and metal fusion in 2020.
ASPHYX shall return and the legendary voice of Martin van Drunnen will resonate through the walls of our fortress alongside the pure death metal that ASPHYX have been executing since 1987. Next band on the list shall raise the speed considerably. DARK FUNERAL will present the Swedish way of blasting yet melodic black metal.
More good news on the way and inbound from Canada – for the first time ever – you will face the evil invaders with malicious intent as the legendary RAZOR will violently restitute the reign of shotgun justice over the domain of speeding thrash metal! This legendary band toured the world with Slayer or Motörhead but never betrayed the underground spirit. Get ready for pure 80s hostilities! The 80s have also spawned death metal and one of its pioneers, who were the first to introduce keys and space themes into the genre. Mike Browning now resurrects the original NOCTURNUS vibe and continues the spirit of „The Key“ in acclaimed album from 2019 „Paradox“. Witness NOCTURNUS AD seizing the throne!
To fully appreciate life, you also need to be aware of death. And nobody can bestow upon you the funeral atmosphere better than EVOKEN, the forerunners of the funeral doom genre. The last band you are already aware of are HENTAI CORPORATION, representing the local scene. Their eccentric mix of crossover rock’n’roll with bizzare pop-rock and lively shows are a celebration of life, coming from the exactly opposite direction than the band above.

And now let’s move to the fresh signings! Nothing is gonna revive Dimebag or Vinnie Paul…BUT we still have Phil and he is buried under requests to get the fans some taste of the good ol‘ times. Now he has finally granted the fans their wish and we can hereby confirm, that Brutal Assault 2020 will host PHILIP H. ANSELMO & THE ILLEGALS performing a Vulgar Display of PANTERA! Get ready for „Mouth for War“, „Walk“, or „This Love“ and other immortal classics!
The Canadian pioneers of deathcore DESPISED ICON shall also return with their double vokill dictate and cannonball force of their metal-hardcore mix! Pure pressure, blasting drums and short ripping songs, that is one of the best bands in today’s grindcore, WORMROT from Singapore. See them once and become an instant believer!
Brutal Assault brings you hardcore attitude… and ATARI TEENAGE RIOT bring you digital hardcore! Come to reset your chip with their revolting unrestrained energy and tekk-rythmics!
And with our last band on the announcement we are returning to point where it all started for many of us back in 1982. Building up steam – nuclear screams / warheads are ready to fight! Black leather hounds – faster than sound / metal our purpose in life! You got it right, they are back and you shall lay down your soul to the gods rock’n’roll on the altar of VENOM!